Menu
Log in
Register
You are using an out of date browser. It may not display this or other websites correctly.
You should upgrade or use an alternative browser.

Hey guys!
I made this thread to throw the build series together for our SEMA Project.
Dubbed Foxzilla, this car is going to feature the new 7.3L Godzilla Motor with aftermarket parts from Indy Power Products along with a supercharger from Procharger. Built to compete in the Vintage class in the Optima's Ultimate Street Car events this car will not only make a projected 1200 hp but be able to handle road course conditions.


The original car was in pretty rough shape but we nabbed it for $1000 cash. We stripped it down and found the typical rust, since this car had a sun roof it was pretty rotten under the drivers and passenger seats. We opted to cut it out and are planning on building our own floor.


We've worked on some pretty impressive projects in the last 5 years, securing top 10 sema build finishes as well as winning the newest optima class in our race truck.

no not really, This is our build but were doing some motor development on the 7.3L Godzilla and wanted to document the entire thing as people are most likely going to do a Godzilla swap in the future
C 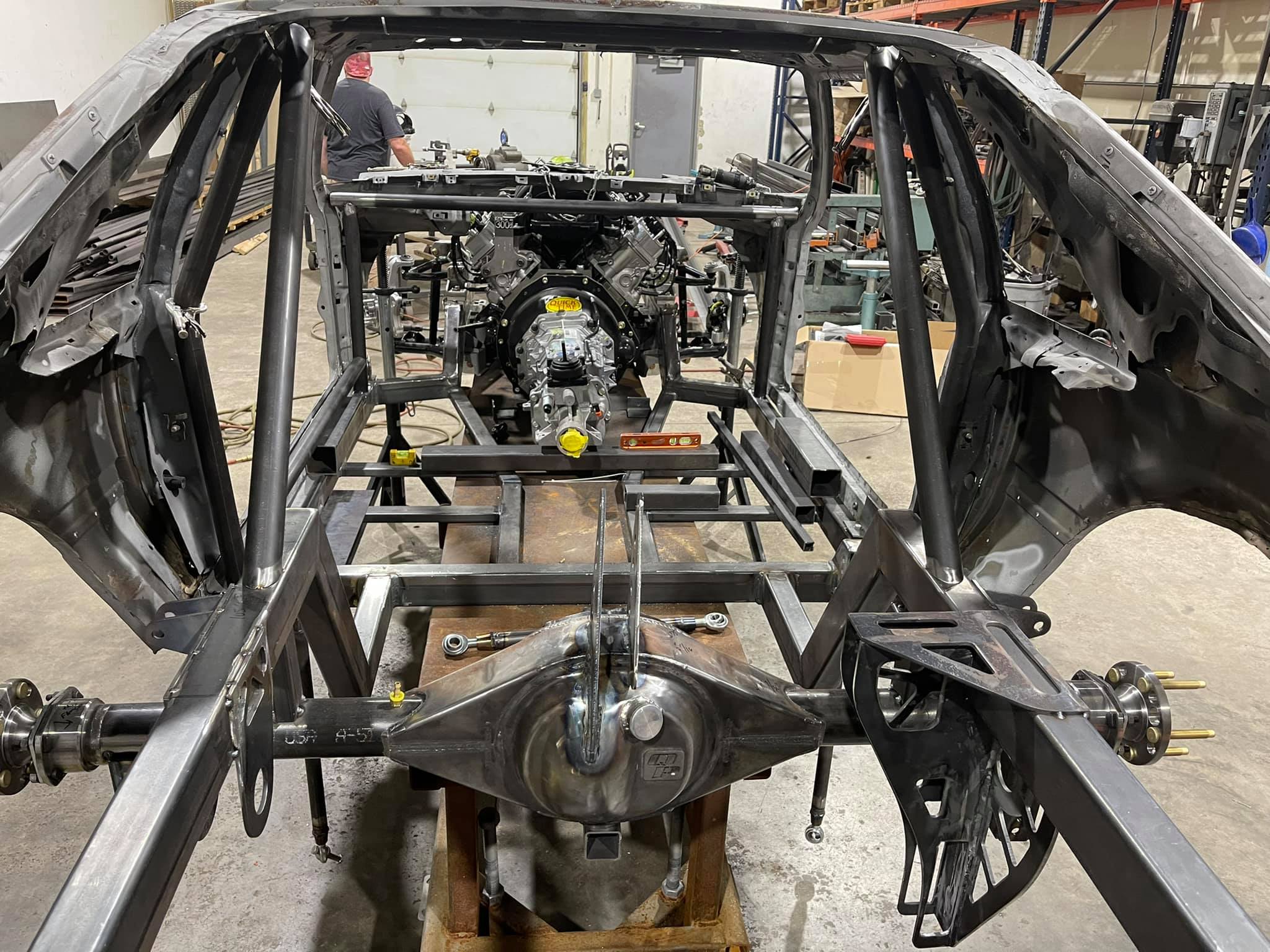 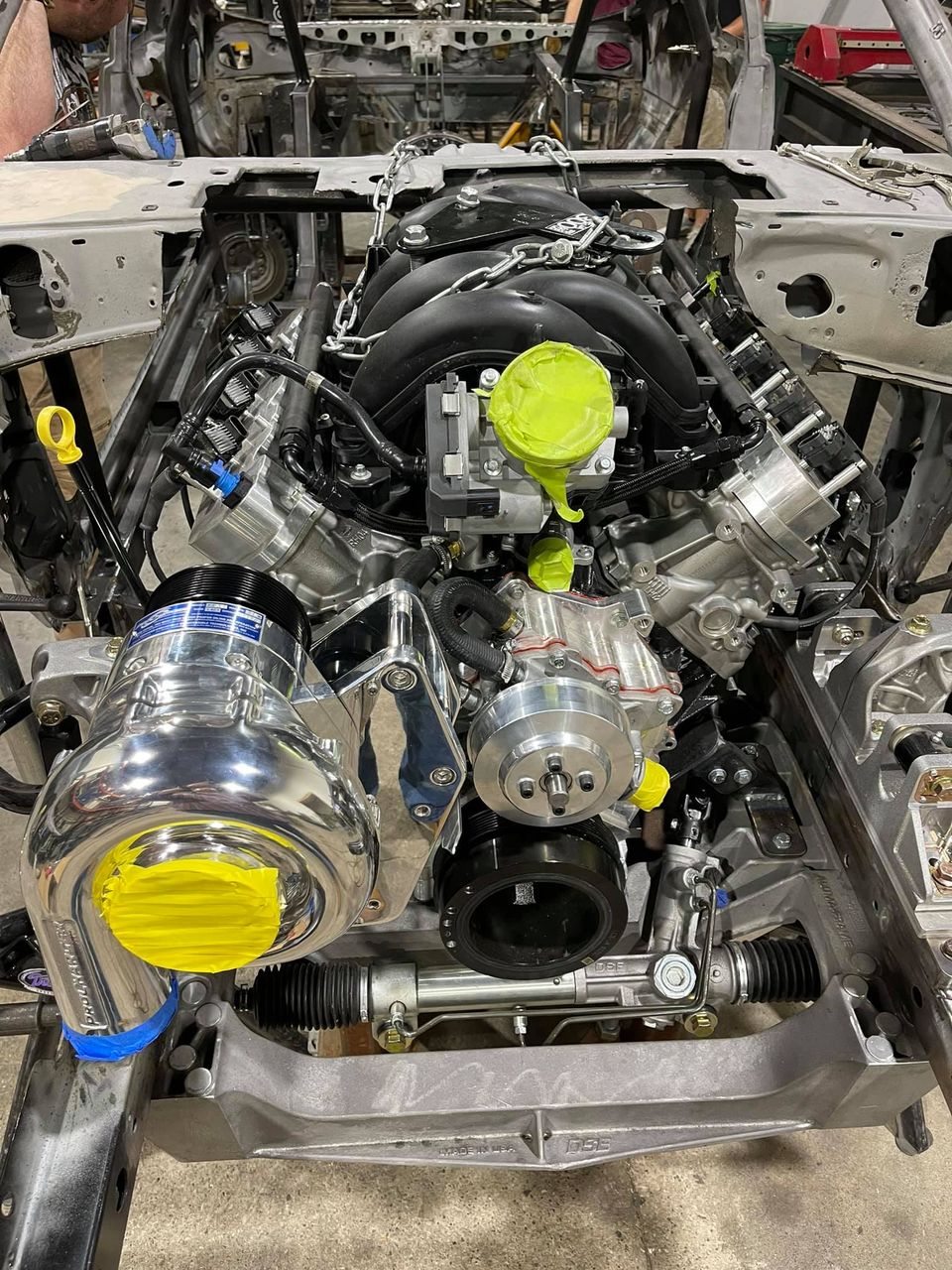 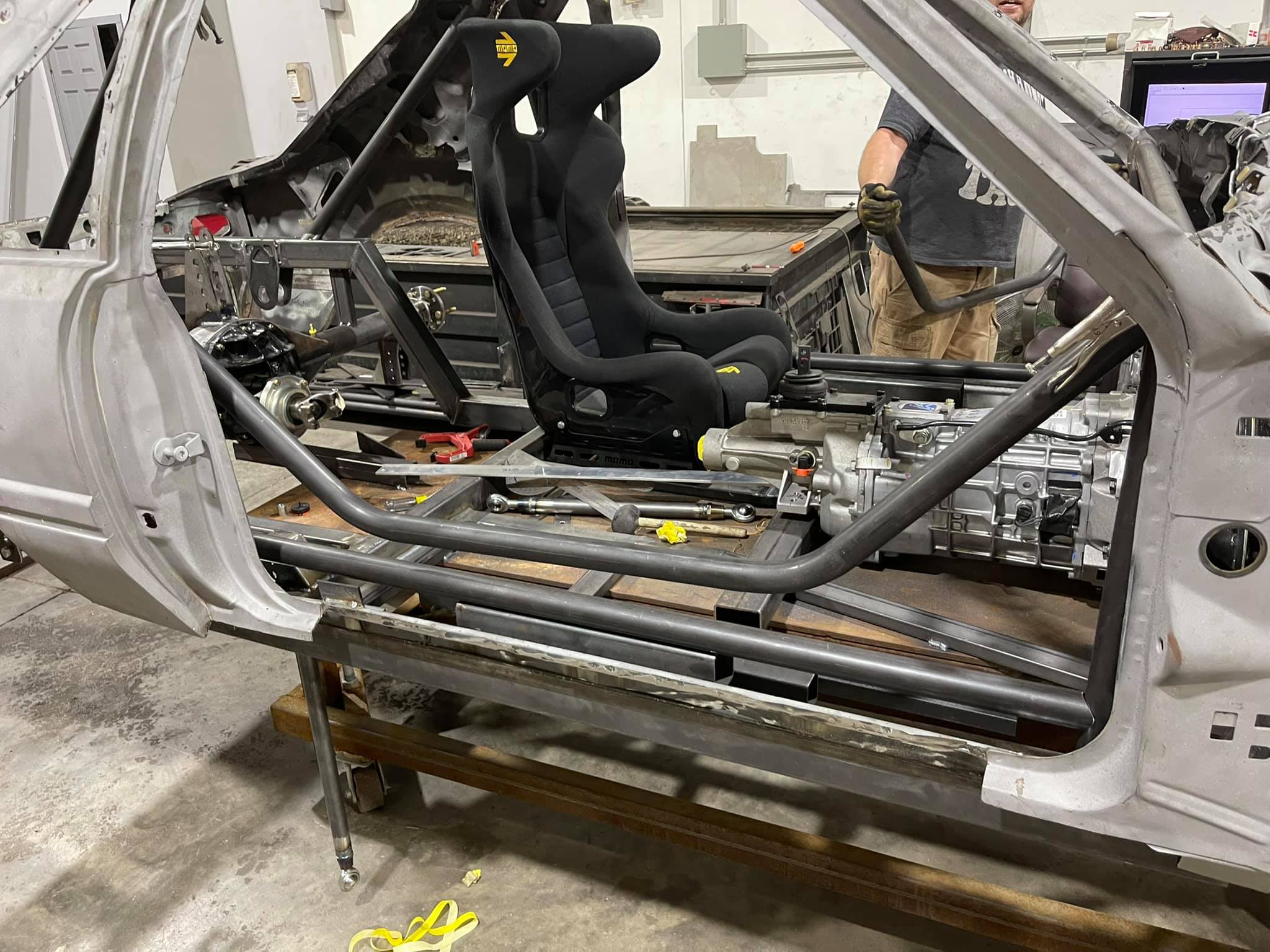 Lil' photo dump of the project in motion. The Procharger showed up this week and we got it mounted to the motor.
Now on to finish the cage and get the wide body and floors complete.
C 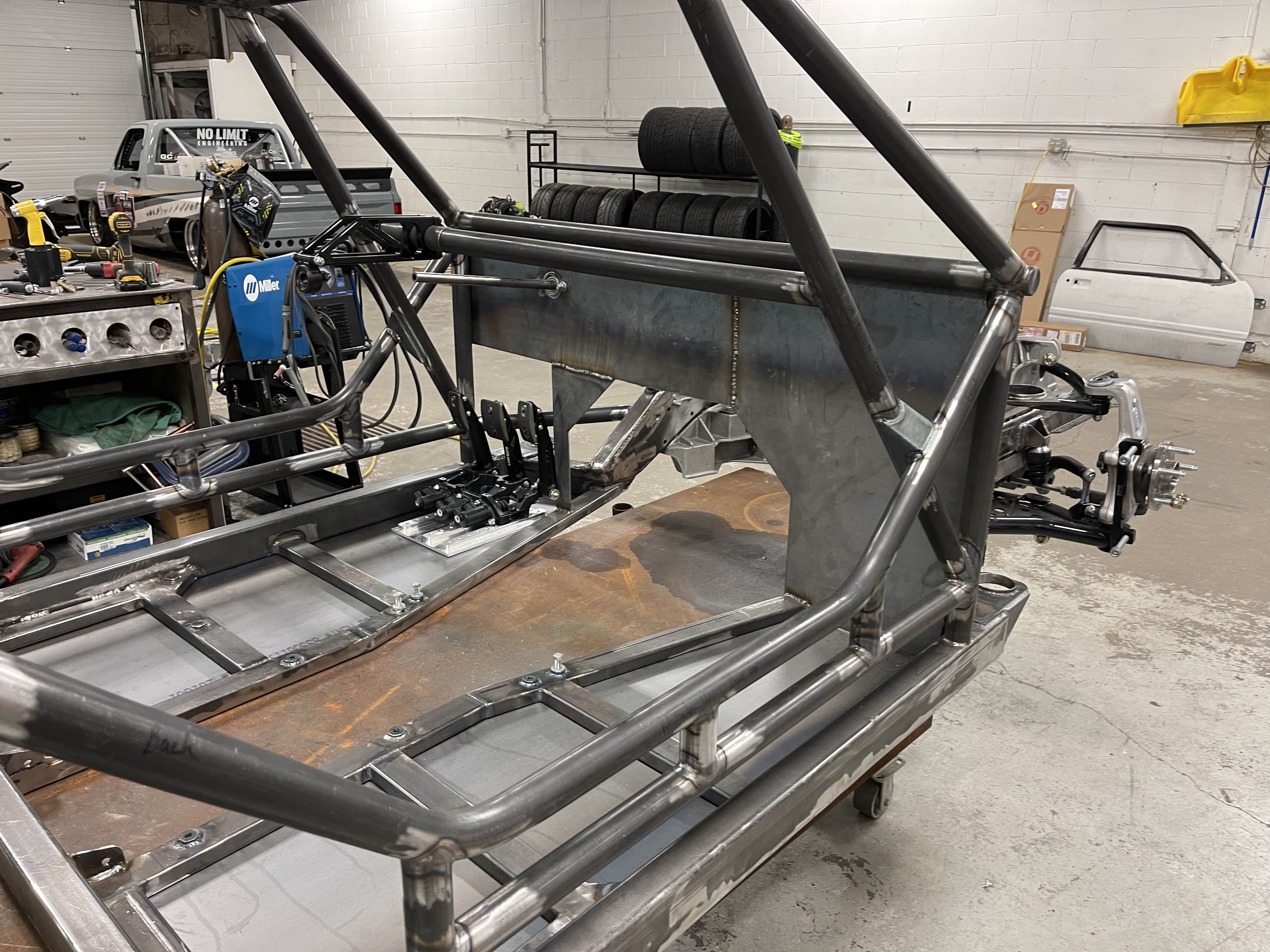 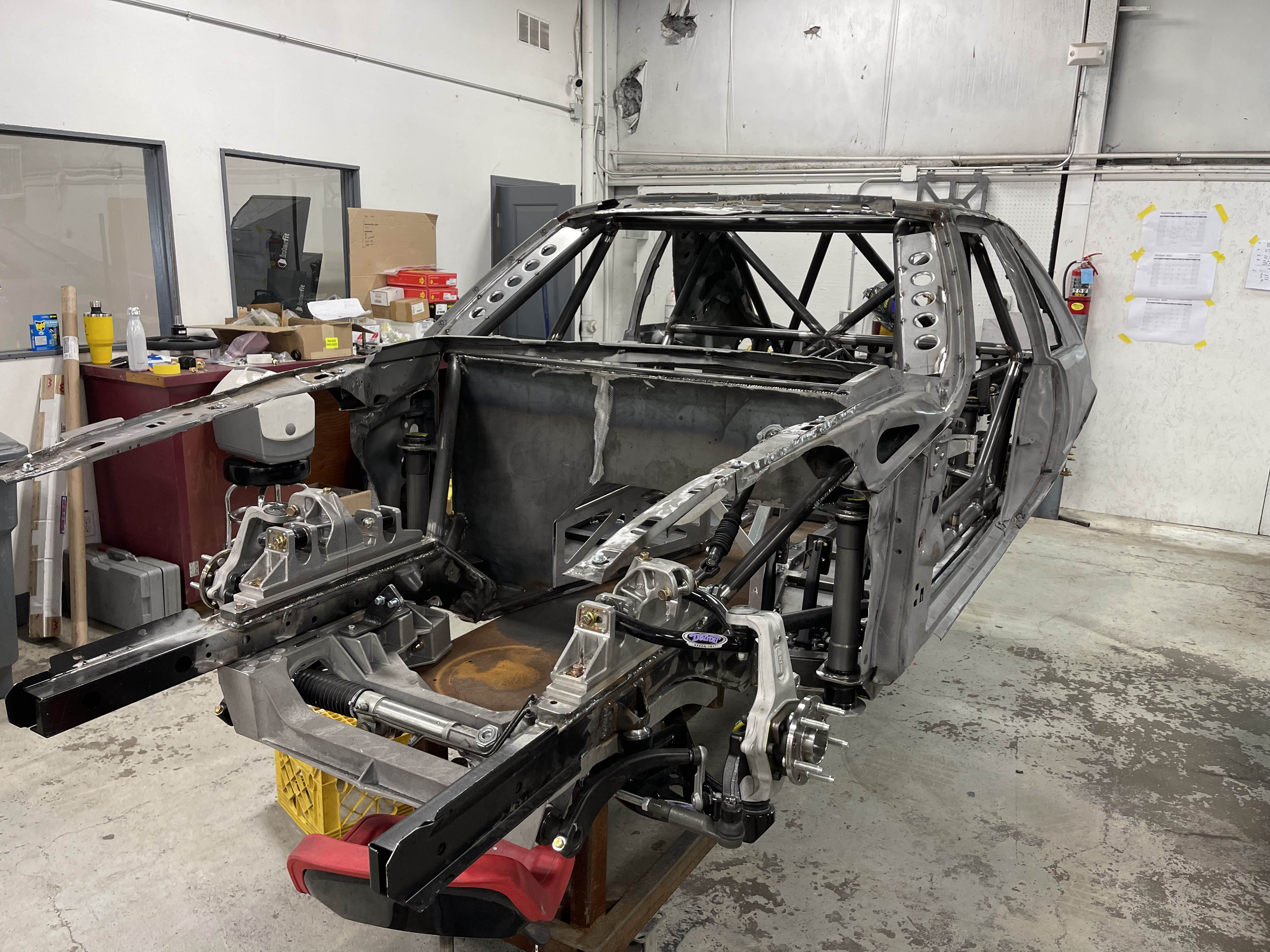 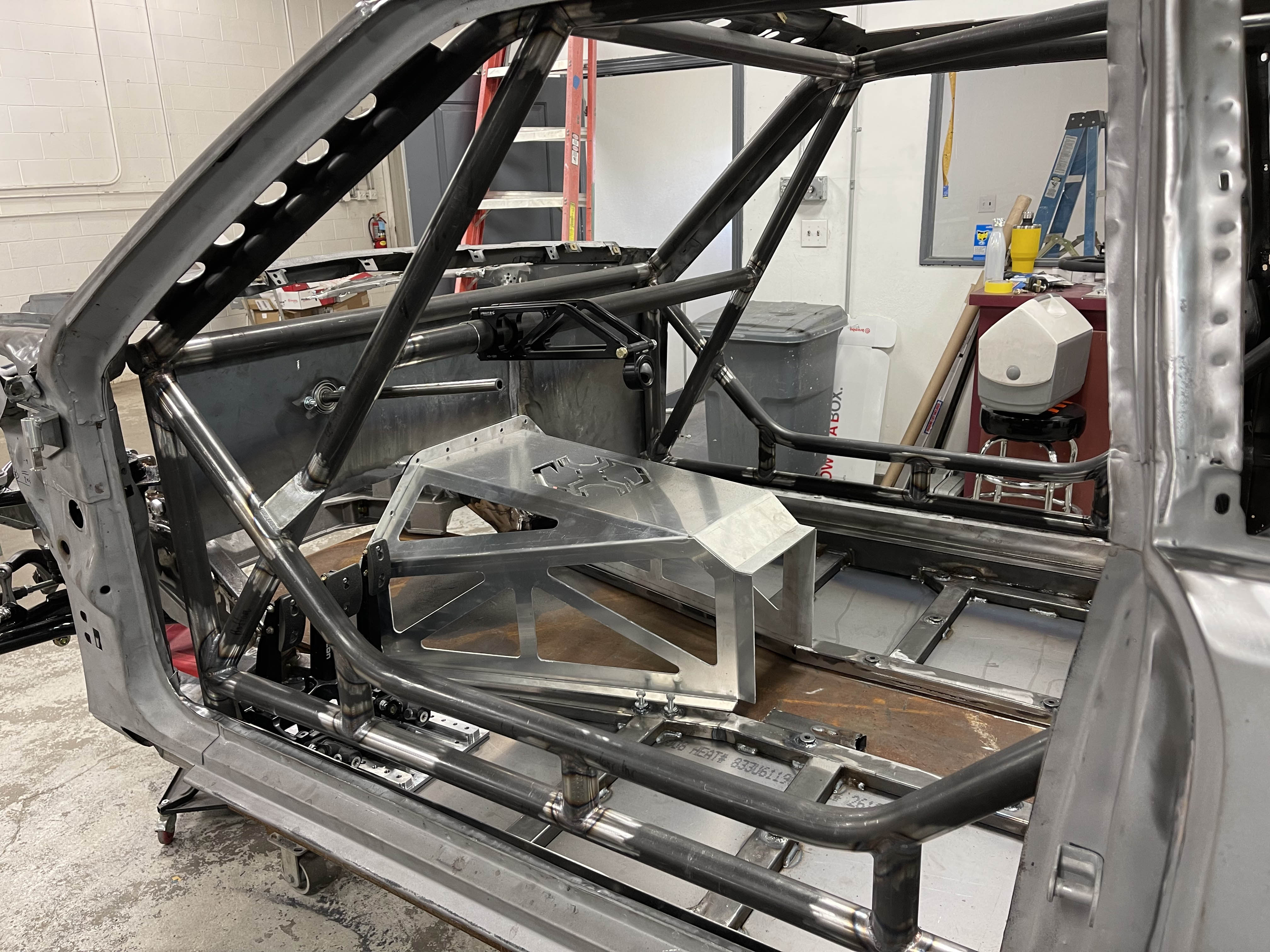 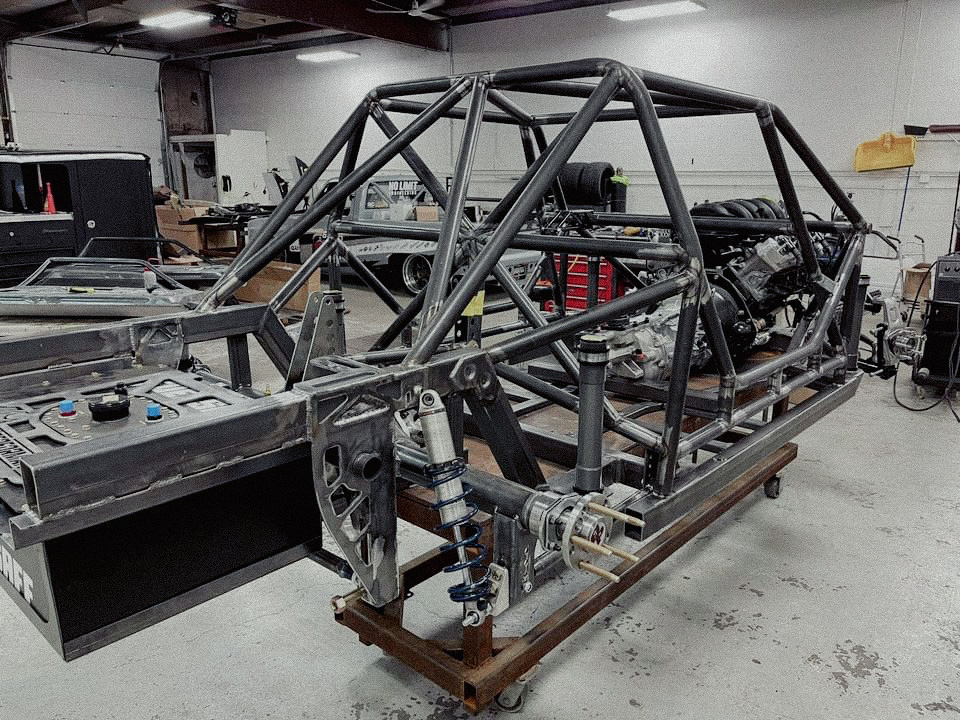 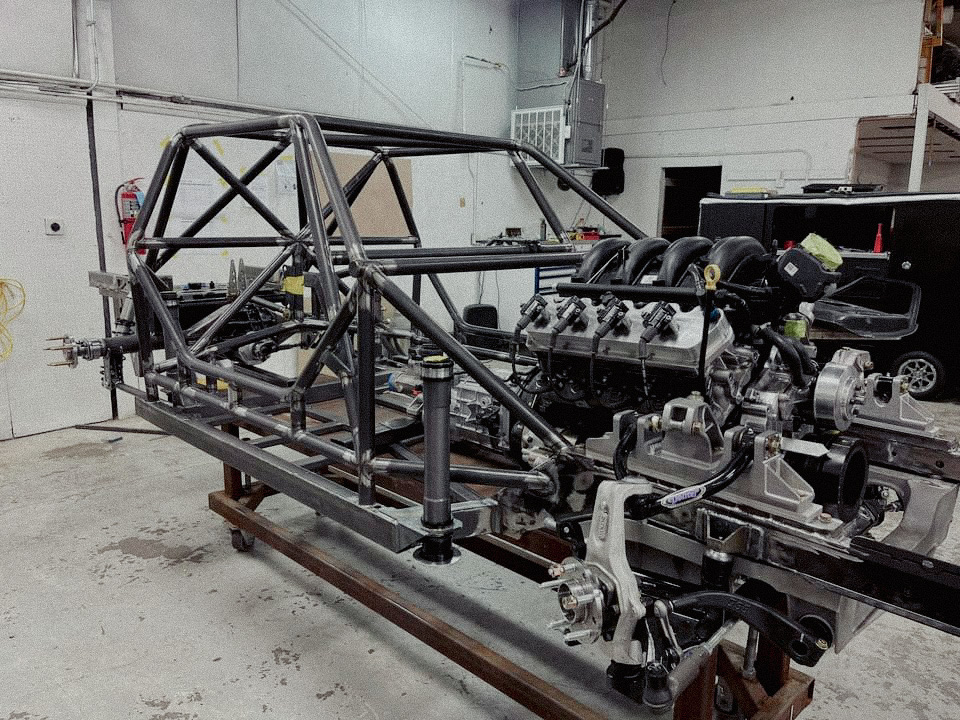 Here is our latest update on the Fox!!

Wow, progress is moving right along!
How many dedicated techs you got on this project?
C

Probably the last video before SEMA! A big thanks to Jim Ryder from Indy Power Products for coming out to help on the engine build! We're thrashing away on the build and it looks like we will be burning the midnight oil the next few days to get the car finalized and packed to head to the south west.

Damn!!! Some amazing work right there. Kudos to you and your team!!
C

Unfortunately we ran into some issues at start up that pushed us back a few days on the foxbody build. When you lose 2-3 days when 7 people are working on the car it equates to a serious loss in man work hours. With that said, the car is still going to be finished and raced in 2022! There is a lot more content to come as we finish up the project now that sema is over and we can get our heads freshened and read to rock.

I've been following this on YouTube. Awesome job, so far. Looking forward to seeing what breaks first and some tire melting action lol! You guys do great work!
C

broncojunkie said:
I've been following this on YouTube. Awesome job, so far. Looking forward to seeing what breaks first and some tire melting action lol! You guys do great work!
Click to expand...

Fingers crossed, hopefully nothing lol In all reality this is kind of a test mule for some of the motor parts we are developing so I'm sure we will run into instances where we will have to stop at the race as we tackle some issues. Should be a fun 2022
C

broncojunkie said:
I've been following this on YouTube. Awesome job, so far. Looking forward to seeing what breaks first and some tire melting action lol! You guys do great work!
Click to expand...

you had to go and jinx us huh lol We've had some ups and downs on the build forsure. On the dyno we were making over 1000 WHP then we broke two lifters and had to build a new motor. Now that we have that motor apart we're trying to understand exactly where the failure point was. It’s an epic pain in the ass, when the lifters failed it spun a cam bearing, and broke the cam gear.

So more or less don’t spin the stock lifters or cam gear above 6,000 rpm based on our testing. The motor had Brian Wolfe’s stage 2 heads and cam, VVT lockout and Indy Power products oil system.
Due to parts availability we now have stage 1 heads and everything else the same. Also note, when the cam sprocket broke it takes out the valves.

Brian had the same combo making 1400 at the crank, on our chassis dyno we were spinning the tires and still made over 900 on the dyno jet…. Fuel flow and other data shows we made about 1100 at the tires…

On an equally good note we just finished up getting our new 7.3L Godzilla Intake with built in intercooler ready to rock! Check it out here:https://creativewerksinc.com/godzilla-lo-pro-intake/

Yikes! I was thinking more along the lines of an axle or driveshaft lol!
C

broncojunkie said:
Yikes! I was thinking more along the lines of an axle or driveshaft lol!
Click to expand...